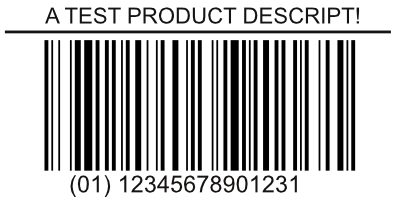 Update March 2015: It appears that Scribus’ support for bwipp is now broken the control characters you need to insert correctly formatted barcodes now seem to be ignored. So I can’t get a valid GS1-128 barcode by using Code-128 and inserting the correct Symbol start and FNC1 characters as per below.

Therefore if you want to make valid barcodes use the latest version of bwipp and hack the postscript, use zint-qt which has GS1-128 support.

Every now and a again I use the Barcode Generator in Scribus to do barcode mockups. I think Scribus uses the above linked postscript barcode writer. You need Ghostscript installed for the barcodewriter to work under Scribus

I have also been attempting to generate GS1-128 Barcodes which I have discovered are a CODE 128 barcode with a FNC1 character in them.

Code from scribus for the sample UCC/EAN-128 Barcode

What it means (I’m guessing)
^104 Start Code Set B which enables you to encode Alpha data
^102 Insert a FNC1 (Function 1 Character which makes this a GS1-128 Barcode)
Count <== the alpha data
^099 Switch to Code Set C enables you to encode numbers
1234 <== Numeric Data
^101 Switch to code set A which enables special characters including ESC NUL STX ETX etc
! <== Symbol Character (You could do this in Code Set B Also)

So for me to encode a GTIN14 barcode 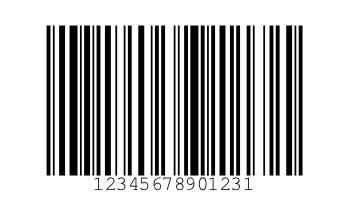 Unfortunately Scribus at the moment doesn’t seem to have the ability to do AI enabled barcodes. But the above mentioned barcode site can generate GS1-128 barcodes that include the Application Identifier

← Prev: Using netcat to Provide a Network Endpoint During Development Next: Perl Script to Convert CUPS /etc/cups/printers.conf to CSV →

Just came across a Youtube talk "Iterators in PHP" by Jake Smith published in 2014 that steps through the many...

array_map can take multiple arrays. I like how it starts mapping through them starting at the first element of each...