So Ubuntu 10.04 is a thing of beauty and typically I use it above other distributions…. However my spiritual Linux home is Redhat/Fedora I started out with it and even bought the Sybex RHCE book. I even think that the Redhat style of system-config-blah provides a better way of admining a box than the Debian style of randomizing the name of all the config utils.

So every new release of Fedora I install it to see how it’s going. Which brings us to F13.

Ubuntu detects them as the BIOS lists them.

Anaconda, The Fedora installer suffers from inverted myopia it can’t seem to get them straight no matter what options I chose. So F13 installs the boot loader in the wrong place and on restart gives me a GRUB> prompt nothing more….

I finally got it to install on the second partition of /dev/sdb but still I couldn’t boot it. The Ubuntu GRUB 2 boot loader was in the root of /dev/sda and the Fedora 13 installer just couldn’t figure what was where in order to get me a bootable Fedora installation…

This allows a successful boot of the Fedora install.

But at every kernel upgrade (which happens fairly regularly) you then have to boot to Ubuntu and get it to add the latest kernel version. Who wants to do that?

OK so here is the answer as far as my setup was concerned:

Install the Fedora grub to the same partition as it’s root dir:

Open the Ubuntu version of /etc/grub.d/40_custom and add:

So this worked but because Anaconda is retarded it thinks that /dev/sdb is actually hd0 which is a total lie. So you also have to go into the /boot/grub/device.map file in Fedora and get it to think straight by adding all the harddisks as they really are thusly:

Which is far different from the confused pustule that Fedora serves up by default. Since when is sdb hd0.

If the peoples creating the distributions are scratching their heads wondering why Ubuntu has gained supremacy, perhaps they should look at these sorts of duh duh oops sort of things.

← Prev: Backup Linux to a Windows Box Next: Facebook - The data persistence specialists → 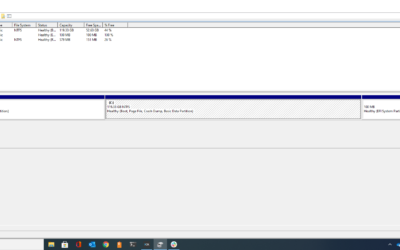 A while ago I deleted my Twitter account as I found the platform to be generally harmful to the human psyche However I...